Learn to write your research paper using the MLA format.

The most commonly used style to write papers and cite sources is the MLA (Modern Language Association) style. Writers using the MLA format must reference their sources of information using parenthetical citations in their essays and Works Cited pages. By providing references, a writer builds credibility and prevents accusations of plagiarism.

The MLA format is a series of rules and guidelines for writers that have been used since 1985. The writing style prevents plagiarism and allows readers to easily access the sources cited by authors. Because the MLA writing style does not accommodate scientific and technical publications, it is primarily used in the humanities with subjects including the arts, media, literature, and social science. 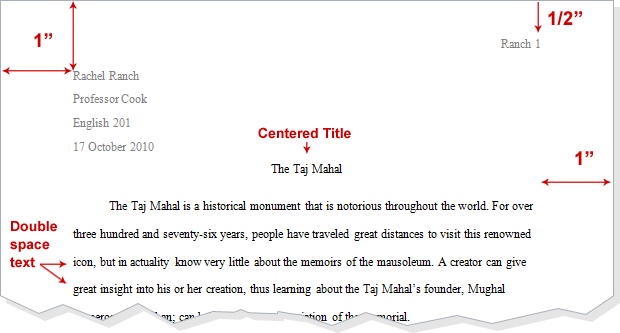 In the MLA format, a parenthetical citation is used when the writer references someone else’s work either through paraphrasing or quoting them directly. In order to give the original author credibility, the writer must reference the author’s idea by providing the authors name and the page number of the referenced work.

Example of a Works Cited page.