Looking for an effective way to create a Work Breakdown Structure (WBS)?


Look no further, MindView is the industry leading and award winning WBS software. Get rid of prehistoric sticky notes or whiteboard sessions and get your work breakdown structure done with ease!

Easy to use WBS software 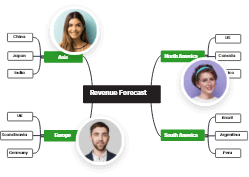 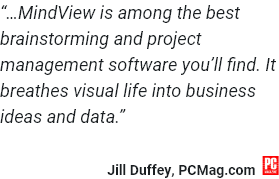 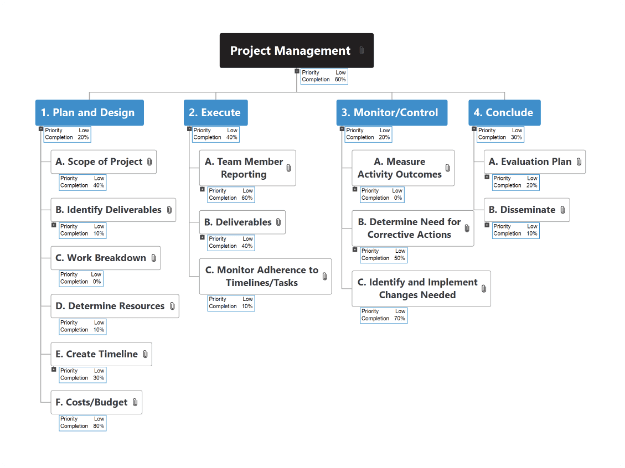 Easy to use WBS software

Making a work breakdown structure with MindView is simple and effective. Visualize your Deliverables, Work packages and 100% rules with ease. Use the Drag-and-Drop functionality to re-arrange work packages.

Doesn’t get much easier… 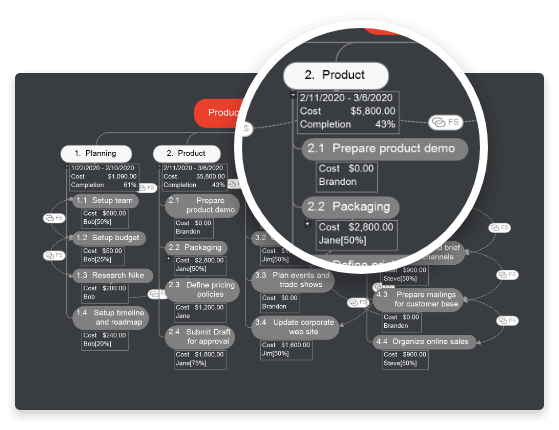 MindView is a great WBS app that allows you to add resources, costs and tasks information directly in the WBS layout. This allows your team to discuss and add resources in an easy to understand environment.

Now that was easy, let’s do some scheduling…

MindView contains 6 interchangeable layouts including the WBS, Gantt and Timeline. Instantly swap your work breakdown structure into the Gantt chart for scheduling. Alternatively use the timeline layout to communicate with stakeholders. MindView has you covered either way.

Communicate to stakeholders in the view suited 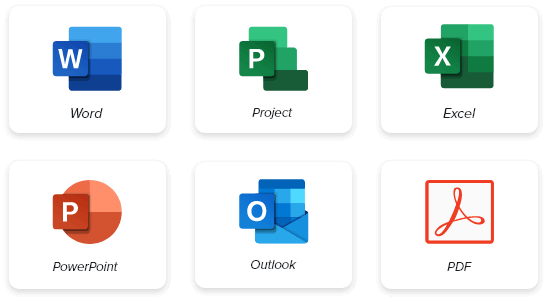 Export your work breakdown structure to other Microsoft Office applications such as Word, Excel or Project. Save time by not having to re-enter any data!

Take your productivity to the next level. Enhance your teamwork with real-time collaboration. Control who has access to the WBS and have multiple people editing the files simultaneously. Save your files on MindView Drive and start sharing!

Your whiteboard sessions will be a part of the past…

How to make a WBS with MindView 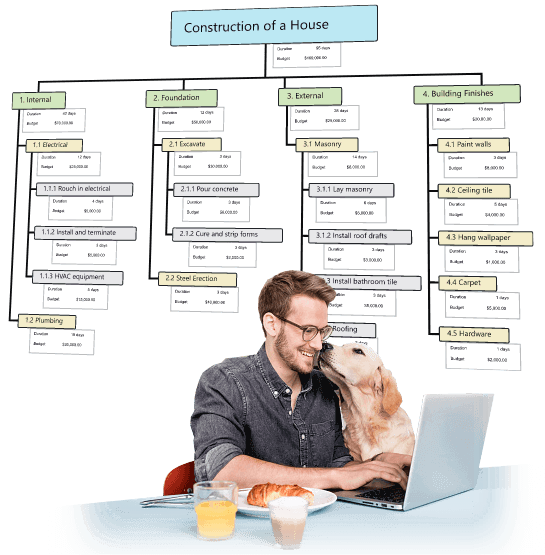 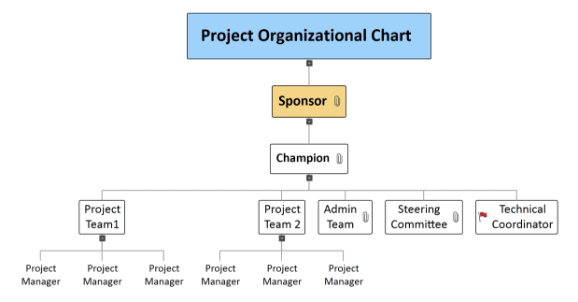 Start by gathering documentation for your project such description of deliverables and Scope Statements. Then use MindView mind mapping layout to visualize the key team members of your project; Resources, Stake holders, Lead and Project Managers. 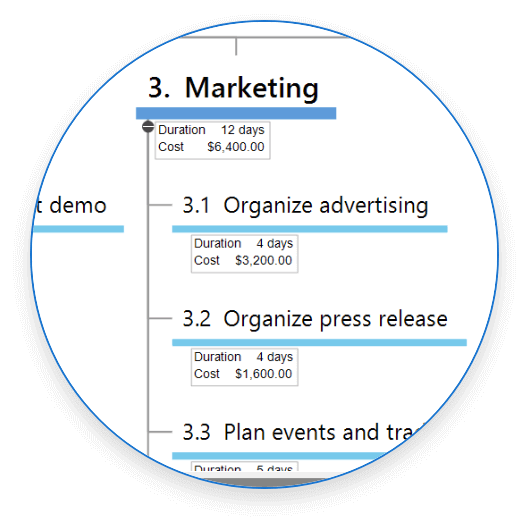 Open a new file in the WBS layout. Start by entering the Level 1 deliverables and then inserting work packages. This is accomplished by hitting the Enter key and using drag-and-drop to re-arrange work packages. It’s as easy as 1,2,3…

If you need to collaborate on the WBS, simply save the file on MindView Drive, share with team members and assign read and write access.

You can even attach files to your project components and link to files on external drives such as Microsoft SharePoint. 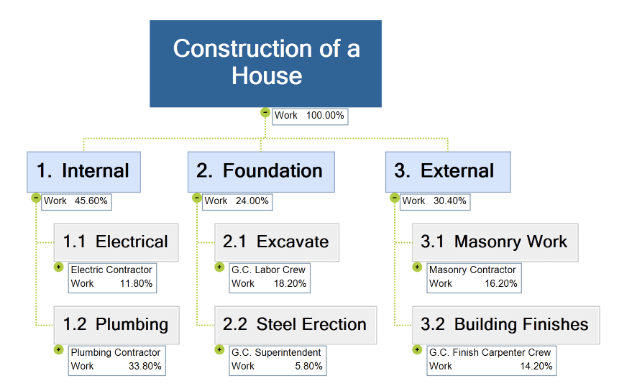 Apply the 100% rule using the calculation panel. These percentage numbers are ideally added to the branches that are lowest in the hierarchy (furthest from the root), but if that proves too detailed, they can be entered on intermediate branches. The important thing is that they should add up to 100% at the root, which represents the work for the whole project. 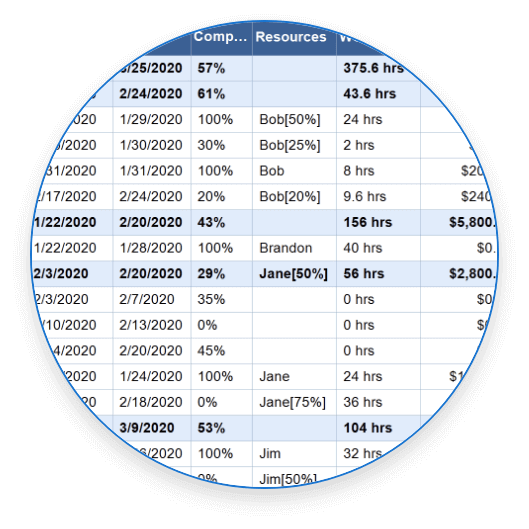 All done in a collaborative and understandable way… 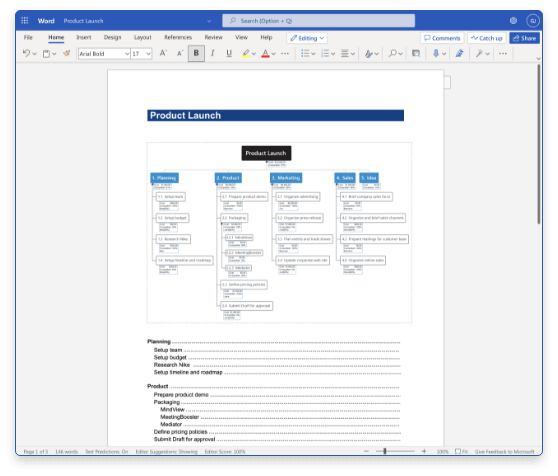 Make your WBS Dictionary instantly by using the Word export. Select from customizable templates and styles. MindView will include all data such as resources, tasks information, attachments and any description to your project component. You are done in no time! You can even show your project roadmap as a timeline, which might be better suited for certain stakeholders. MindView contain 6 interchangeable views.

What is a WBS?

First developed by the US Defense Department in the second half of the 1950s and by NASA in the early 1960s, a WBS is a document used by project managers to define the scope of a project. It describes the end goal, not the means of reaching that goal.

A work breakdown structure is not a list of tasks, a schedule or an organization chart. Rather it provides the basis on which a task list and a schedule can be constructed. Tasks and schedules are better handled in other ways, for example by using Gantt charts.

A Work Breakdown Structure can Show You at a Glance:

Get started today with using MindView – the WBS software you have been missing!