Floriane Helou-Frugier:
Project Leader at Suez, in charge of the overhaul of the project management tools

Initial situation, expectations and choice of MindView by Suez Consulting

Suez Consulting is involved in a wide variety of projects ranging from several thousands to several millions of dollars, spread over different agencies. Before using MindView, the projects were planned either with Microsoft Excel, which allowed us to communicate easily with our customers, but was fairly limited as far as scheduling is concerned, or with Microsoft Project, which also allowed a good level of communication with the customers, but was not easy to use.

“We were looking for a tool which would allow us to schedule our range of projects easily and also integrate the WBS method into the process. We were also keen to standardize the project managers work methods”, explains Floriane Helou-Frugier.

“We wanted the tool to be user-friendly, simple, and easily accessible by all. After a period of trials and benchmarks, we chose MindView. We particularly liked its graphical representation of the WBS, and how easy it was to switch from the WBS to the Gantt view, which made it a good solution to our scheduling needs”.

The WBS can also be exported to MS Word in order to create the WBS dictionary. Thanks to the close association between the WBS and GANTT views and the MS Office exports, there is no need to re-enter or duplicate any of the information.

“To train our teams, we set up a series of one-hour webinars with MatchWare, which showed us how to create a WBS and schedule a project. Vincent Drecq (ConseilOrga) also helped us by providing training on the methodology for the project managers.

Its familiar interface, similar to that of MS Office, has made it easy to get started with MindView. Being able to handle the WBS graphically and to go from the WBS representation to the Gantt view quickly has been a big time-saver for us, and has become an essential requirement.

We also use MindView in other circumstances, for instance to create the project charter. To do this, we started by designing a charter template with MindView, then added comments on its branches to give hints to project managers on how to complete it.” 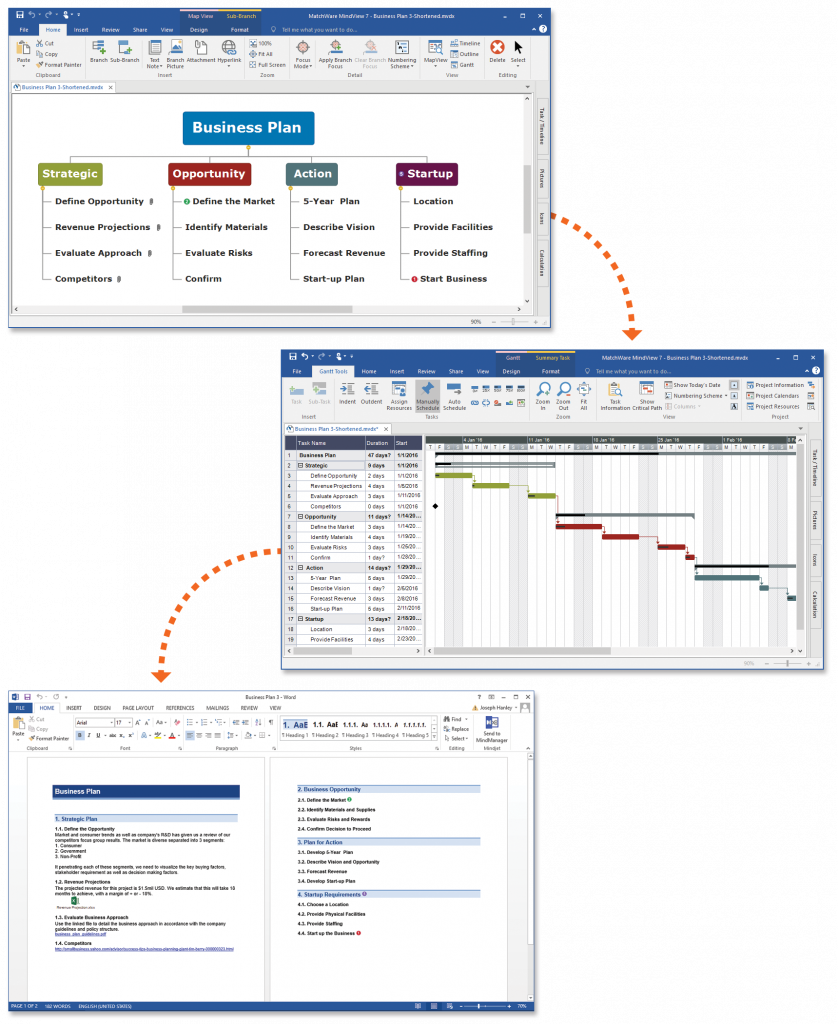 The creation of a WBS allows the project manager to better define the work that the team has to carry out, and makes the project easier to control. The activity (the “how?”) comes later. The WBS is created at the start of the project, and reviewed several times during its execution.

The WBS also addresses the “what?” element, in other words the work phases and work components. The work components are made up of one or more deliverables. Only at that point is it time to think about the “how?” and to define the activities. This method allows the project manager to then transit seamlessly to the Gantt chart to define the sequencing of the activities. The resulting Gantt chart becomes a useful guide and a valuable source of information for the team members.

In a Gantt chart, it can be difficult to visualize the project in its entirety. A WBS on the other hand can fit on an A3 page, which is enough to give a global view of the project. Everyone can understand a WBS, even without training or special knowledge. 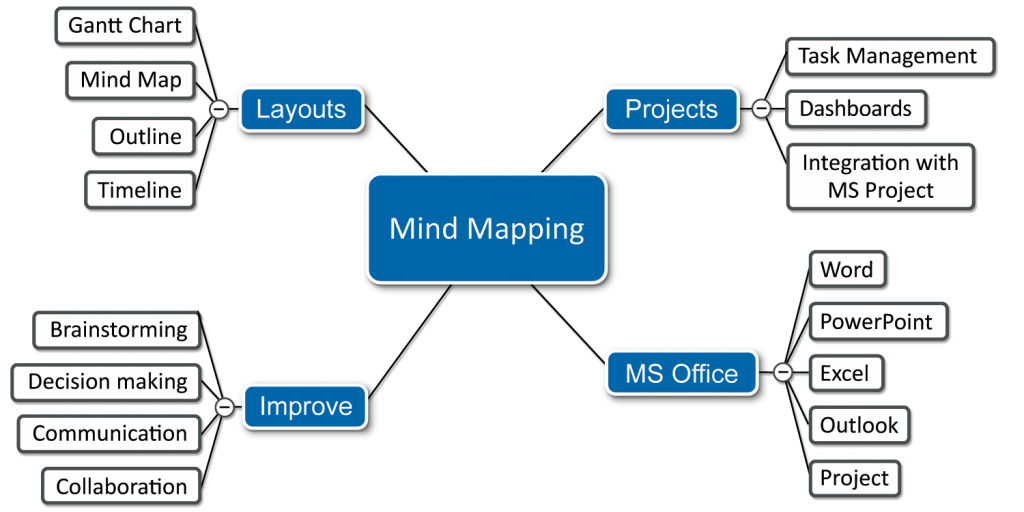 How to create a WBS with MindView

During the first session of the WBS creation, use the Mind Map view to guide the thinking process of the team.

Using drag and drop, reorganize the branches as you go.

To explain clearly the outcomes of each component, describe them by making use of the text notes, and add all the necessary relevant documents (specifications, graphics etc.) as attached objects. A paperclip indicates the presence of these additional elements.

During a WBS creation meeting, one frequently needs to go from one part of the structure to another, go back to a previous element and so on. The fact that the WBS gives a graphical representation of the entire project makes it much easier to navigate between different parts than it would be with a long linear document.

One of the advantages of MindView is its ability to go seamlessly from the WBS view to the Gantt view, where you will find all the scheduling features required to plan your project (links, dependencies, resources, dates, constraints etc.).

When a project includes cost tracking, the project manager is often obliged to retype all the data in Excel. Here by contrast, you can stay with the WBS and use MindView’s Calculation mode to work out all the costs.